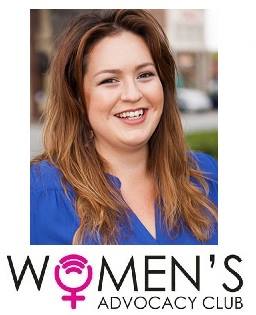 She took 53 days to gather her thoughts and emotions. She looked at the world around her and choose to take her power from the bottom of defeat to the top of empowerment. Most importantly, she decided that she would not take this cloud into another year, to another generation, or into another chapter. She said that segment will be a chapter that will teach us and be one of the great historical story. She said that short chapter will not be our defining moment. For she knew that they are all part of one larger story. She remembered that nothing worth celebrating does not come from obstacles, effort, and the hardest work which will make our achievement of rise to equality the sweetest (non-artificial sweetener) equal taste that has ever entered our palette.
As she glanced around at her fellow members of equality advocacy she felt inspired by those who refused to be torn down. Those members said to her (to everyone), let us do what we do best, use our powerful voice and communicate non violently. For advocates refuse to participate in ignorant aggressive name calling or generalizations.
She collectively gathered the facts and observations of the world around her. What she saw was women and people of color in fear of losing the freedom that was already theirs and disgust in the hate coming from “the opposition”. She saw members and allies of the LGBQT community hurting from absorbing freshly renewed prejudice from others. She saw people feeling let down by their fellow humans. From there, she felt frustration and despair. She felt that these observations were detrimental to basic needs. So she said, we need: love, autonomy, respect, EQUALITY. What she requested, seemed so obvious and simple. She asked her conflict opposition, could you allow us our basic needs?
So, in her new reformed attitude what did she choose to do? She prepared to march to communicate non violently all she observed, felt, needed, and requested. She found her next effort to resolve conflict was with all of the others that want human basic needs met, and they do NOT want to do so with aggression. She knew the march would give multiple opportunities to resolve conflict, the conflict with others and also within herself. She realized she was ready, and she continued to prepare for the days ahead.
She emphasizes that all of you too should get ready, for there is more to come. If we are being honest as well, we know quite possibly darker times lie ahead. Be prepared to collect your actions, thoughts, and feelings and convey them non-violently. Use the communication template, and share what we have been exposed to; share your requests. We need all of us to be voice of advocacy that rings loud, beautiful, and strong.
What we saw was ___________.
From that we feel ___________.
What we need is ____________.
Could you ________________?
She knows she is ready to march and you are too, trust her. Find your local march.
“Woman, open the door, don’t let it sting I wanna breathe that fire again She said I don’t mind, if you don’t mind ‘Cause I don’t shine if you don’t shine” -The Killers

Hello, my name is Dr. Lena M. and I am a 46 year-old female who grew up as an immigrant in the United States learning English at an ESL level when I was in elementary school. I have overcome many challenges and wish to help my students as well know that anything is possible with discipline and motivation. I believe that learning can be fun and it is my job to help you overcome your fears like I once did. All my experiences growing up lead me to want to help other students grow. Hence, I have been tutoring students since I was in college at UCLA (over 10 years of experience with all age ranges and special learning needs). I am very passionate when it comes to teaching and helping my students learn at their pace with no judgment. I enjoy psychology and all subjects and help students learn the concepts and theories in a fun way. View all posts by Women's Advocacy Club (WAC)